Faith, Redemption and Why We Fight.

“Why We Fight“, a show about dynamic fighter Zac Wohlman, calls for a score from an equally dynamic writer.

With over 20 feature films and 100 television credits, Gross is no stranger to the industry. Born and raised in Los Angeles, Andrew began studying piano at age 5. Using a Sequential Circuits Pro-One monophonic synth and two cassette decks, Andrew became a one-man-band by age 12.

At that time, Andrew made a conscious choice to give himself some solid classical training. He went on to study at the prestigious Crossroads School, and later at Manhattan School of Music and USC.

Maintaining both his eclectic style and his classical training, Andrew uses his unique and offbeat sensibility in his increasingly high profile body of work.

Check out Andrew’s score in this season of “Why We Fight” by clicking here.

More about the show below. 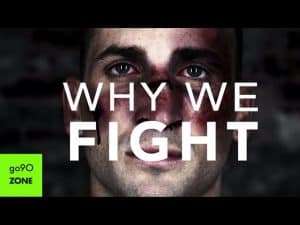 The series is comprised of eight episodes at 45-minutes each, chronicling the travels of Zac “Kid Yamaka” Wohlman — a “talented but troubled young boxer” — as he goes across the globe talking to fighters and discussing why they step into the ring or cage.

“‘Why We Fight’ epitomizes Go90’s vision of providing fans with content from exceptional producers that they can connect with on an emotional level, all while bringing them deeper inside the world of their favorite sports,” said Go90’s chief content officer Ivana Kirkbride.

The series follows Wohlman, who has battled his own demons after becoming addicted to opioids following an injury, while he continues to search for ways to continue his own fighting career. The first episode sees Wohlman travel to Mexico to study boxing.